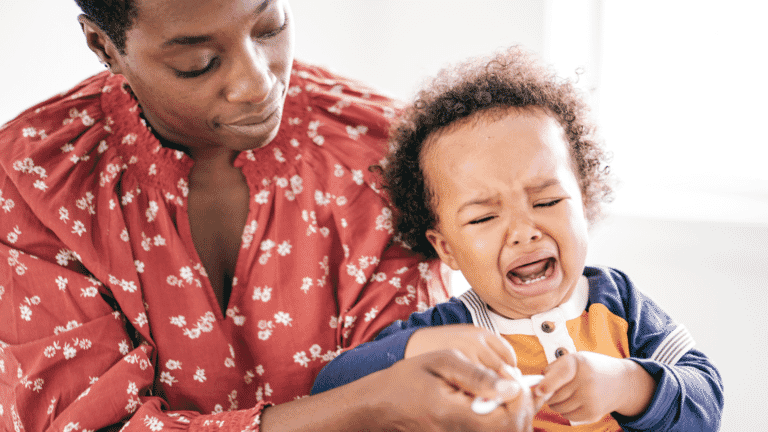 How To Handle the Child Tantrum

The first period of temper tantrums comes around the 16th month of life when you can observe tantrums in your child. Great tantrums await you a few months later, between the ages of 1to 3. Lying on the ground, kicking with feet, throwing stuff, screaming breathholding. Do you know how to deal with these difficult moments?

Temper tantrums can be frustrating for any parent. But instead of looking at them as disasters, treat tantrums as opportunities for education.

What to do when child gets angry

The child finds himself independent and promotes his opinion. Anger within three years means normal development and self-awareness. Before the child starts going to kindergarten, you don’t do much with his temper tantrums. From the age of three, try to tame it. Some children can have mild tantrums till five age. From five age the period of defiance will disappear.

TIP: If the child gets angry, let him get angry. Leave if possible. He stops resisting after a while because his anger doesn’t meet with the reaction from his parents.

Why Do Kids Have Tantrums?

Some kids may have tantrums often, and others have them rarely. Tantrums are a normal part of child development. This is how young children show that they’re upset or frustrated. Tantrums may happen when kids are tired, hungry, or uncomfortable. They can have a meltdown because they can’t get something (like a toy or a parent) to do what they want. Learning to deal with frustration is a skill that children gain over time.

Toddlers want independence and control over their environment more than they can actually handle. This can lead to power struggles as a child thinks “I can do it myself” or “I want it, give it to me”. When kids discover that they can’t do it and can’t have everything they want, they may have a tantrum.

Toddlers most often express anger by crying, sitting or falling on the ground, kicking their feet and beating the floor or surrounding things. Children cannot communicate otherwise. They can’t say what they want, they can’t talk. They have difficulty achieving their wishes if they want to get a favorite thing that adults have to give him. Try to be patient and listen and understand your child.

When to expect a period of tantrums

You can expect the small tantrums of the little rabies in three months of the baby. The very first manifestations can be during the second year of life, but it is no exception if they arrive later. Outbursts of rage end around the third year of age as language skills improve. But tantrums can persist for up to five years. It’s individual.

Remember, tantrums usually don’t cause concern and generally stop on their own. As kids mature, they gain self-control. They learn to cooperate, communicate, and cope with frustration. Less frustration and more control will mean fewer tantrums — and happier parents.

All you think about is the safety of your baby. You choose the best hospital to welcome your baby and then the best Rear-Facing Car Seat for their first ride home from the hospital.  But what after reaching home?...