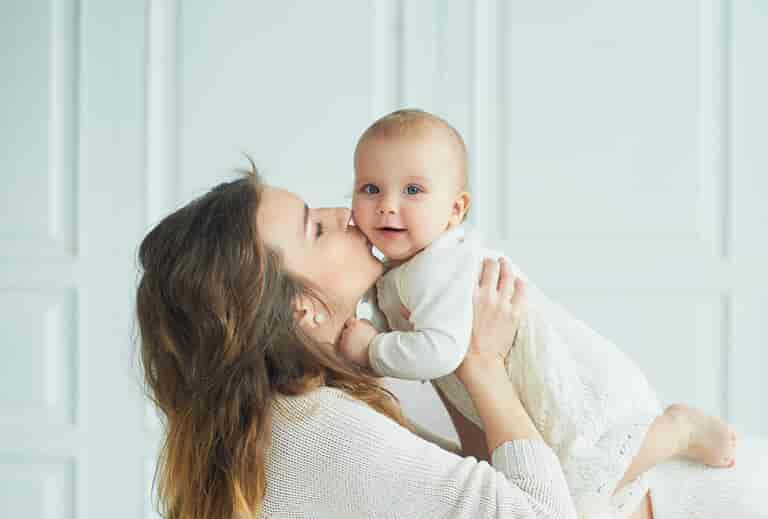 Wanna Baby Girl? Best Tips on How to Conceive A Girl

Do you want a baby girl? Do you already have one or more boys and want to see whether you can balance the genders in your home? There are many beliefs and claims regarding how to influence whether you have a boy or a girl baby, but the scientific facts are unmistakable. For each pregnancy, the chances of having a boy or a girl are nearly equal. Even though some couples appear to produce solely boys or girls, this patterning is due to chance rather than control.

Can You Influence Baby Gender?

It all depends on whoever you ask. Some high-tech medical procedures can significantly boost your odds of having a girl. The company who sell them may even claim that they can increase your odds to 100% or close to it. I’ll get to that in a minute. But the bottom line is that there is no natural, non-medical technique to guarantee preferred sex.

However, there are several wives’ tales and beliefs that parents swear by to influence it. Among them are:

Diet to Conceive a Girl

According to one study, eating more fruits and veggies will help you conceive a female child.

Some individuals believe that eating a vegetarian diet, especially items like spinach, almonds, and broccoli, can help you conceive a girl.

Choose foods high in calcium and magnesium naturally, such as:

Keep in mind that being acidic is hazardous for your body, but if you want to give it a shot, stock up on foods like:

Some individuals feel you should stay away from alkaline foods like:

To avoid neural tube problems, it is more vital to have a healthy kid and enough folate in your body.

A diet strong in sodium and potassium promotes male sperm, according to the same research that suggests eating more fruits and vegetables helps you conceive a girl.

Vitamins to Conceive a Girl

A low-sodium, high-calcium diet combined with sex before ovulation enhanced the chances of producing a girl, according to the researchers. They also discovered that diet had the greatest influence on the success rate.

Because this was a tiny study, drawing firm conclusions from the findings is challenging. If you want a daughter, though, there’s no harm in using the theory when trying to conceive. To establish when ovulation happens, you’ll need to use ovulation testing or natural means.

So, if you have intercourse a few days after ovulation, your chances of having a girl are better since the male sperm cells will have died but the female sperm cell may be strong enough to make it all the way through.

Dr. Elizabeth Whelan developed the Whelan Method based on Dr. Rodrigo Guerrero’s research, which revealed that intercourse soon before or after ovulation increased the chances of having a girl.

The Whelan approach clearly contradicts the Shettles Strategy, and it’s worth mentioning that it appears that using this sex-selection method may actually reduce your chances of becoming pregnant by preventing you from having sex when you’re most fertile.

What Position Will Conceive a Girl?

The logic is based on the fact that boy sperm is less durable than female sperm. They can swim quickly, but only for brief periods of time. So, like Missionary, you want to choose sexual positions that get them as close to the cervix as feasible.

If you want to have a daughter, there are a few extra things to think about in the bedroom. First, the female orgasm secretes an alkaline substance that may aid sperm survival. As a result, some individuals feel that a woman who is wanting to conceive a girl should avoid climaxing. It’s also thought that having a lot of intercourse leading up to your important conception window may assist screen out male sperm by lowering your partner’s sperm count.

What Are the Chances of Having a Baby Girl?

To begin, we need to discuss gametogenesis, which is the process by which sex cells are produced. In the case of men, sperm, and in the case of women, eggs.

The egg and sperm cells, like the rest of the body’s cells, do not have 23 pairs of chromosomes but instead have 23 chromosomes each. When a sperm cell fertilizes an egg, a zygote is formed that has all 46 chromosomes, 23 from the mother and 23 from the father.

It’s advisable to see your doctor to make sure you’re not jeopardizing your health or ruining your attempts to conceive. At the end of the day, having a healthy mother and baby is more important, and gender doesn’t really matter.

Via a procedure known as cytometric sorting, sperm can be separated into Y-chromosomal and X-chromosomal sperm, and then impregnated with the desired sperm using artificial insemination or in vitro fertilization. Sperm that leads to girls can absorb more fluorescent dye than sperm that leads to boys because X chromosomes are somewhat larger than Y chromosomes. After that, the sperm can be separated and the desired sex of the baby can be determined. Although sperm sorting is exceedingly effective, it is not without flaws. However, it can be expensive, and it may not be available to all potential parents.

This treatment can be performed on in vitro fertilization embryos. It enables clinicians to identify specific sex embryos, allowing for sex selection prior to embryonic implantation. PGD can detect chromosomal abnormalities and diseases in addition to identifying (and potentially selecting) embryos of a specific sex.

How Do I Increase My Chances of Having a Baby Girl?

How Can I Conceive a Baby Girl Naturally?

Other ways to increase your odds of having a girl child:

Researchers believe that more female sperm cells are capable of surviving the pressures of in vitro fertilization, which can be highly demanding.

This May Also Interest You: