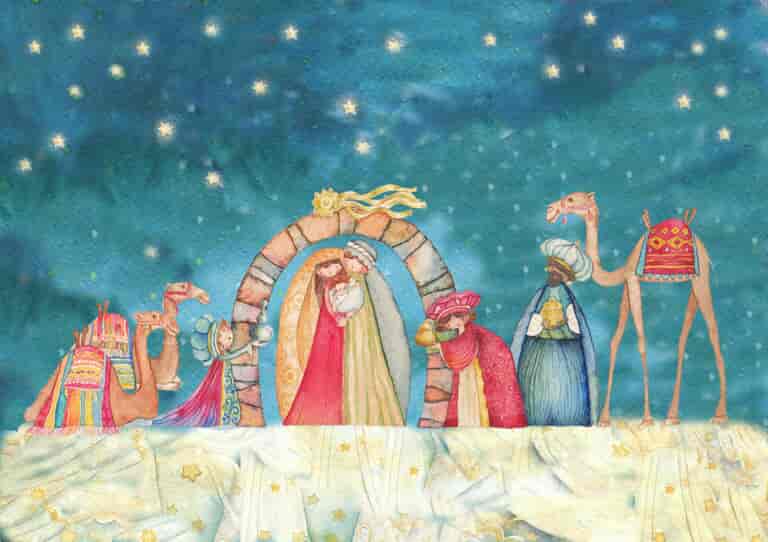 Where it began: The origin of celebrating Christmas🎄

Do you love Christmas? We definitely do! But have you ever thought about the history behind the beginning of Christmas celebrations? Let’s read about how it is said to have begun!

The story of Jesus’ birth: A Christian tradition

In the age when Israel was part of the Roman Empire, there lived a couple – Joseph and Mary. One day, an angel was sent to find Mary to tell her she would have a child who would become the king of Jews.

When she became pregnant, the angel was sent again to tell Joseph that his wife was pure and the baby was conceived through the Holy Spirit by an immaculate conception. Later, the Roman emperor ordered a census in the Roman Empire. This meant that the two of them had to return to their home city of Bethlehem or face a fine.

When they – Joseph and Mary – entered Bethlehem, the city was full of people who had come for the same reason. There were no free rooms so they had to sleep in the stables. Here, Mary gave birth to baby Jesus.

In the same moment, the angel visited the herdsmen and told them that a Savior had been born. He asked them to find the baby by searching for a bright star in the sky. The herdsmen obeyed the angel’s request, found the baby and told his parents all about the Savior sent from God.

The news about the Savior and the new Jewish King spread very quickly meaning King Herod found out as well. He was afraid of the new king and sent Three wise men to visit the baby. But they never returned which scared Herod more than ever before. That’s why he ordered to kill all babies younger than 2 years.

God warned Joseph through a dream about Herod’s plan and advised them to flee to Egypt, and so they did. They stayed there in safety until Herod had died and then returned to their home in Nazareth.

The first officially written notices discussing Christmas as a celebration of the birth of Jesus come from the Roman Empire from the year 354. The notice was part of the chronograph, the Roman colored diary which contains the list of all important days in the year. It is likely that Christmas had been celebrated tens or hundreds of years before that but we have no written notices to support this fact.

The origin of celebrating Christmas: The pagan’s tradition

Some historians think people didn’t know the exact date of when Jesus was born at first. But for hundreds of years they had celebrated the Midwinter (around 21th December) as a promise of the early end of the winter and the Sun returning. The celebration of the Midwinter was very rooted in the Roman population.

Perhaps, Christians connected Jesus’ Birth just with that old feast (after all, Jesus was the Light of the Worlds for Christians as the Sun was for pagans) and celebrated his birth on the 25th of December, a date very close to that of Midwinter.